👀 Greyhound Lingo – What is zooming and roaching? 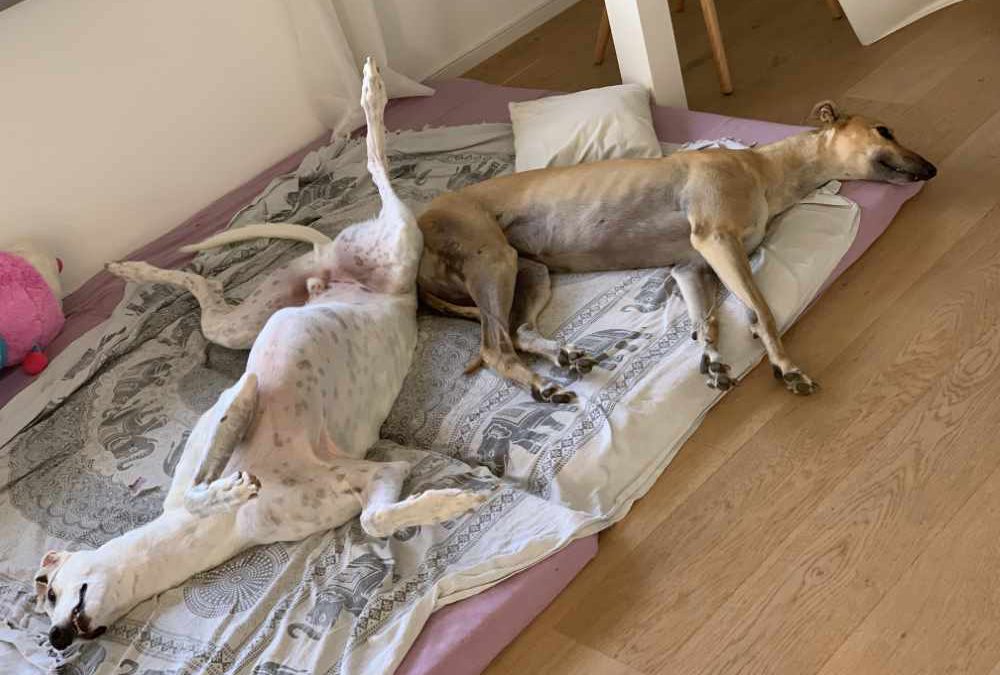 Are you ever wondering if other Greyhounds do those quirky things, too and if there’s maybe even a name for it?

BTS is a typical issue in racing greyhounds. Multiple potential reasons have been proposed, from hereditary inclination (much like hairlessness in certain men), to a niacin and thiamine lack, to a hormonal irregularity.

We don’t know what it caused in our Penny but it happened after she was an ex-racer for about a year and after having moved from an area of a cooler climate to a region where it gets rather hot in summer. She then lost a lot of her rather thick fur, but only on her thighs appeared bald spots.

Other dogs lose much more hair and are completely bald on big parts of their thighs.

Another reason to have a warm coat handy when the cooler season starts. See here:

Do Greyhounds really need a coat against the cold? 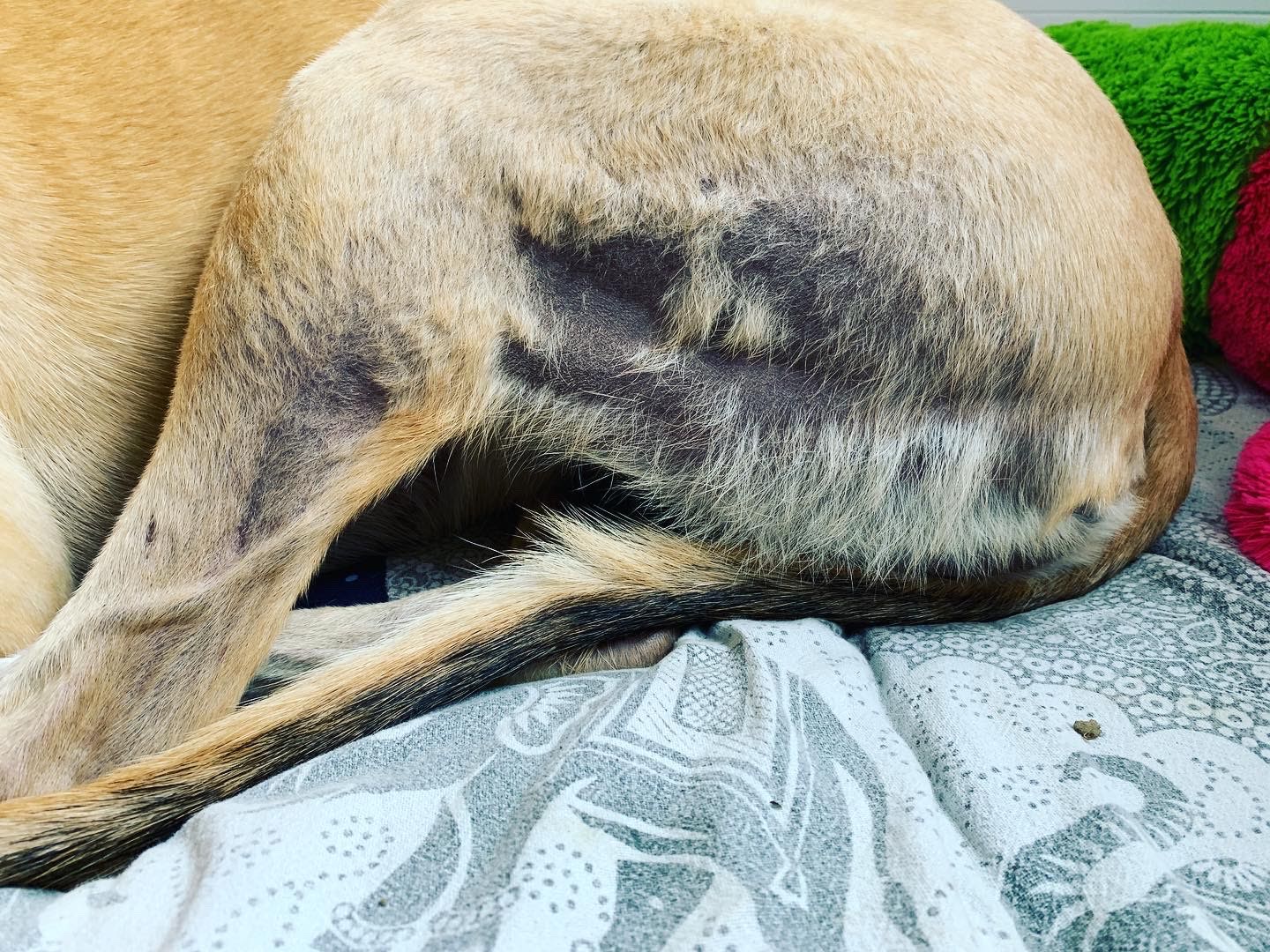 If a Greyhound looks like it’s cold or scared, this might be due to the total opposite: Excitement!

A Greyhound chattering it’s teeth is a very typical Greyhound behaviour and usually means: excitment, happiness, looking forward to something yummy or fun.

Greyhounds are like Chips, it’s hard to only have one!

This saying (or should we say FACT ?) is so common, that there’s even an expression around it.

Another saying might be very true, too:
If there’s room on the floor, there is room for one more! Greyhounds are like Chips, it's hard to only have one! - Ceramic Mug

Get it for you or as a gift!

This habit doesn’t seem to be unique only to Greyhounds but they do it to perfection.

“Escaping Tongue Syndrome” probably explains it more than precisely. If the tongue sticks out on the side it’s often called “Derp” and it “Blep” if it sticks out in the front. But whatever you want to call it, it’s more than cute and typical for Sighthounds and Greyhounds.

This issue is facilitated if the hound is missing one or more teeth. Our 2 dogs don’t “suffer” from it usually, just sometimes when they are sleeping in a certain position. Other Greys seem to do it on a regular basis. 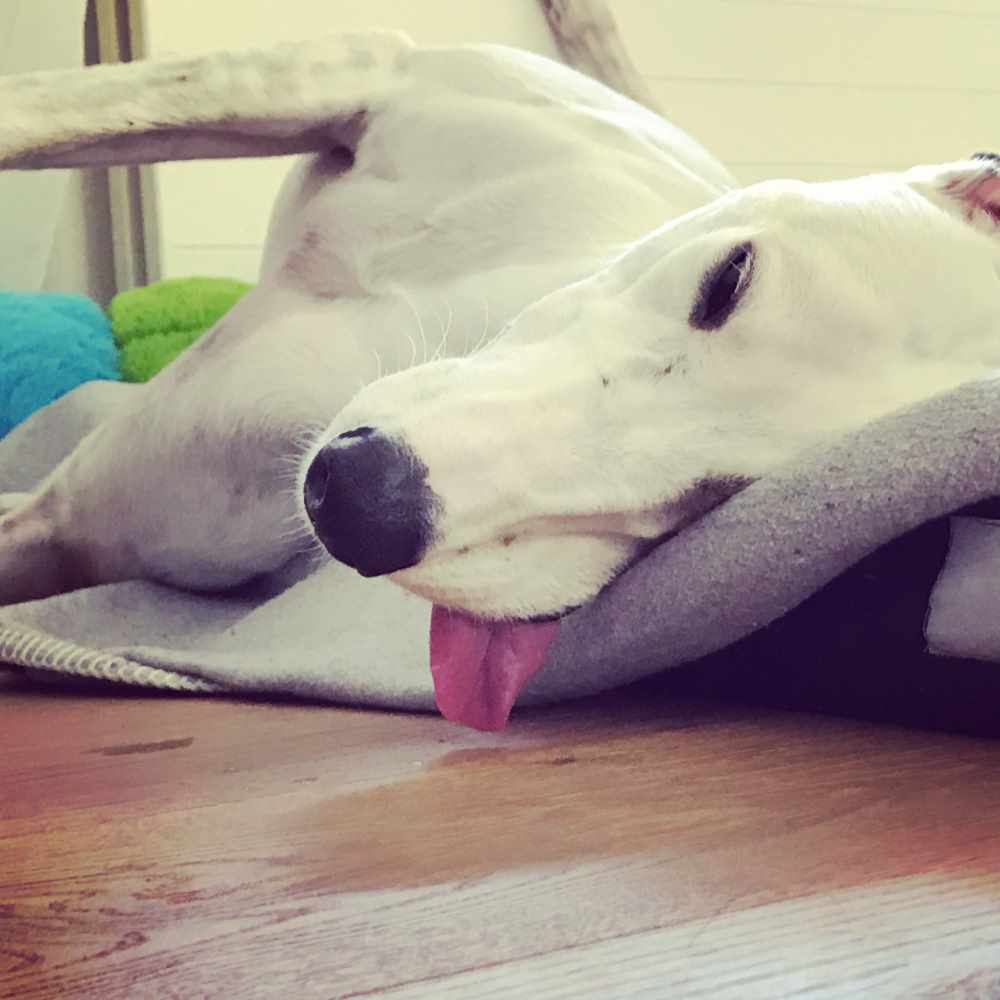 Greyhound have a special way of dashing, which is called the Double Suspension Gallop. This describes the fact that when running at full speed all four legs will be in the air twice. Once whith all four legs extended and once with all for under their body.

This is not only a beatiful sight to see it also has a very unique sound to it e.g. when their running on a patch of solid grass soil. 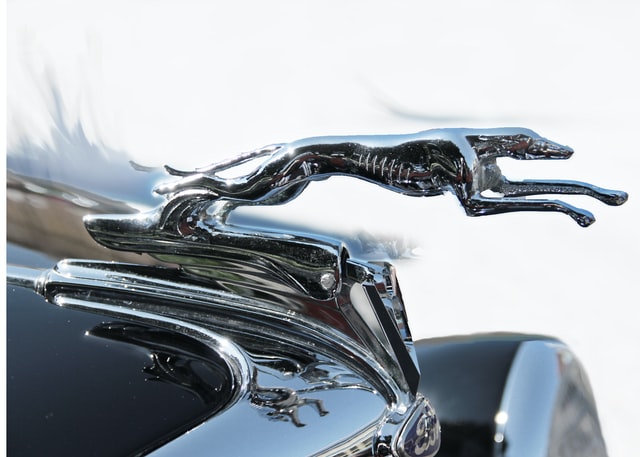 If a Greyhound is really excited or when it’s running fast and needs to slow down, maybe combined with trying to run a curve this sometimes happens:

The tail is wagging and waving in a circle which resembles the movements of an helicopter rotor.

The expression “Roaching” comes from the fact that a Greyhound sleeping on it’s back often looks a lot like a dead cockroach.
As Greyhounds have a lot of legs and even very long and skinny ones, too, it’s hard to find a way to “store them away” when sleeping.

So they love to put them in the air in strange and unhealthy looking angles. 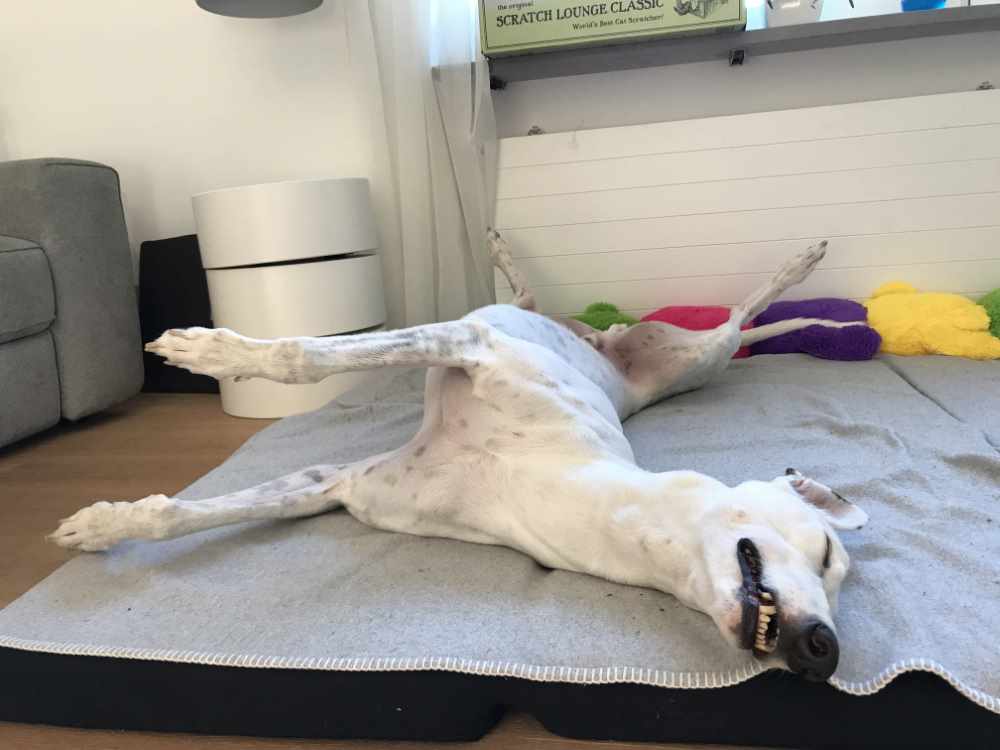 Descripes a certain howl that Greyhounds like to make. It resembles a wolf’s howling and is impressing to see or better hear!

It seems to be infectious, just try it: Play a video of a Greyhound rooing and see what your Greyhounds will suddenly start doing.

A nearby barking or a siren can start rooing as well and most Greyhounds in the proximity will start to chime in.

Some Greyhounds just love it to move very slowly under or nearby a bush or plant. This slow motion and obviously very gratifying behaviour seems to be of no special purpose except for enyoing this very gentle kind of stroking or petting.

Ever seen a Sighthound running around the house or the yard in circles? Maybe at a break-neck speed or spinning in place?
This is what zoomies are all about: Speed, Craziness, and getting rid of too much energy!
If there’s no space this can even be done on a bed or a couch. But a patch of grass is usually preferred.

Get if for you or as a gift!

If you liked the article you just read, please help us and share it with other people that might benefit from these information, too! 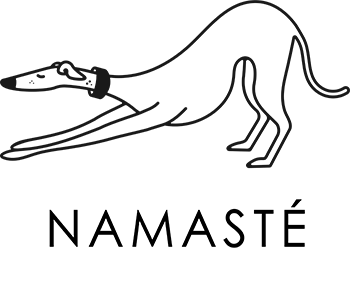 Join our free newsletter! We will inform you about important articles, product reviews and more!

You have Successfully Subscribed!